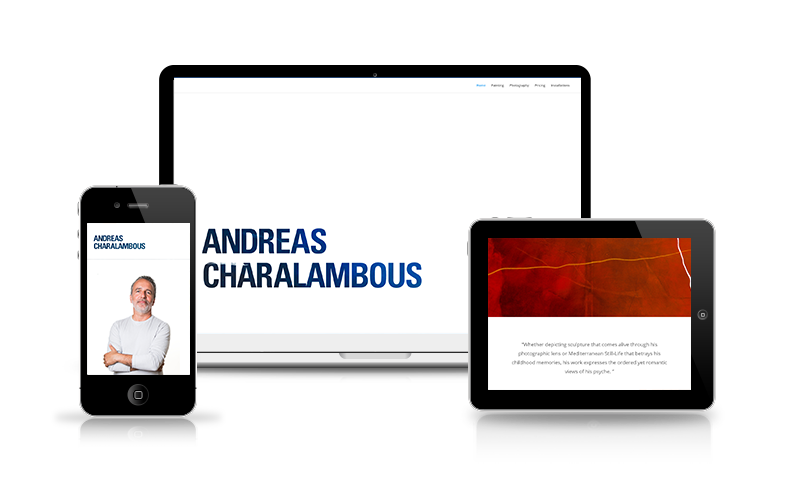 A simple portfolio built for a local artist.

Born in 1960 of Greek/Cypriot parents in London, England, Charalambous spent his childhood and adolescence on the Mediterranean island of Cyprus. His early watercolors explored his surroundings on the island. He received a degree in Architecture from Cornell, where he also studied art and photography. His formal training in architecture brought a studied order and balance to his painting. Whether depicting sculpture that comes alive through his photographic lens, or Mediterranean Still Life that betrays his childhood memories, his work expresses the ordered yet romantic views of his psyche. Through the use of symbolic objects and the masterful interplay of light, color, and texture, his work exudes a dreamlike serenity. His paintings and photographs are in private and public collections in Europe, Mexico, and the United States.

Andreas needed a stronger experience on the front-end and the added ease of updates by leveraging WordPress on the back-end. We built the site using Divi and WordPress. The intro is a bit of custom code for added effect.